Cinco de Mayo 2012 – Another Ride in the Sierras

It was a Thursday, and I had posted something on my Facebook page and it got a comment from my good friend Don. He said “We’re going up to Tahoe for lunch, wanna come with us?” Um… yeah. It was on.

Waiting for the guys …

We rode up Hwy 88 to Carson Pass before pausing briefly to take in the view and do the meet and greet.

The views were, as always, spectacular.

the spectacular views were everywhere, every direction, all day long…

Jim rode his Hayabusa ‘fighter’. 180 hp stripped of all the unnecessary bits… 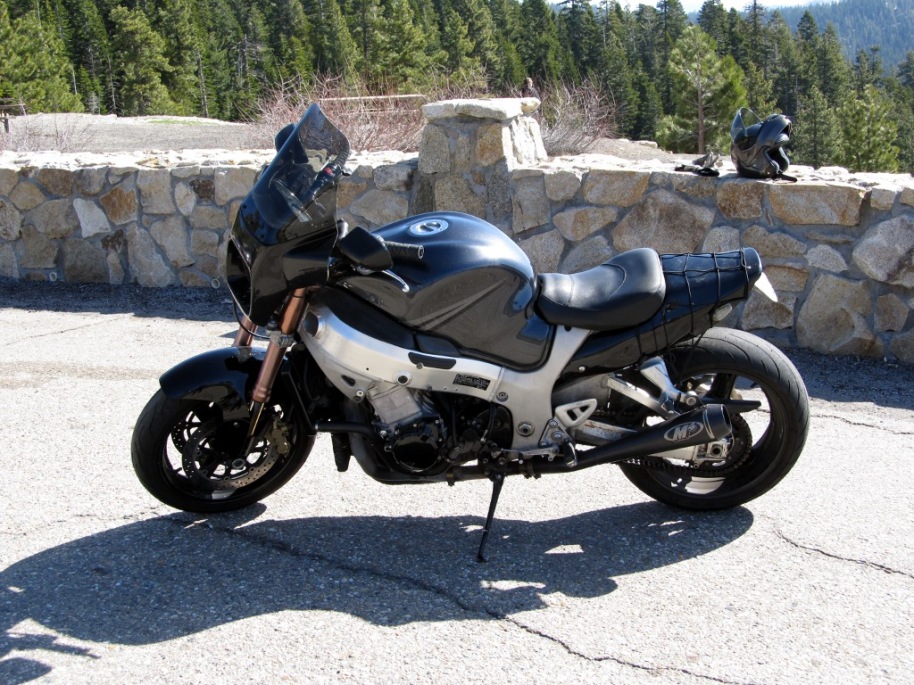 We were a motley crew, with a rather diverse collection of motorcycles. Don’s Valkyrie, Ted’s Gold Wing, Jim’s Hayabusa, Bill’s Victory Vegas, and my Scrambler. 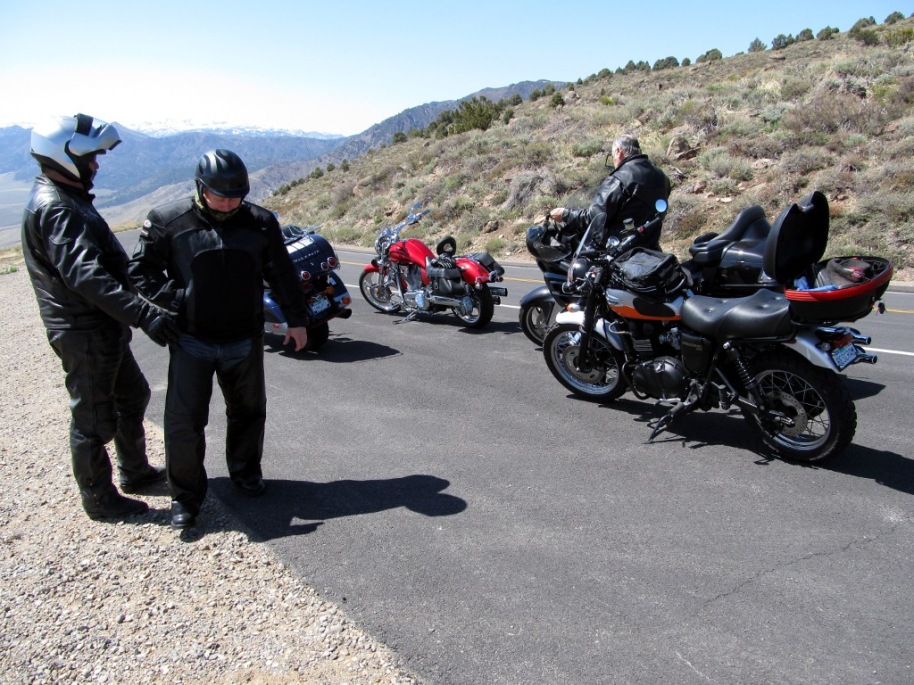 Don and Bill chat, Ted’s over behind his bike.

Bill (who I had not met prior to this day) rode a beautiful Victory Vegas.

From there we headed up Hwy 88, through Hope Valley before turning on Hwy 89/4 then onto Monitor Pass. We stopped briefly to catch the view, looking down into the high desert of Nevada.

After running some errands, we made our way back into Minden/Gardnerville for an appropriate Cinco de Mayo lunch (Mexican!) at a restaurant recommended by the locals. 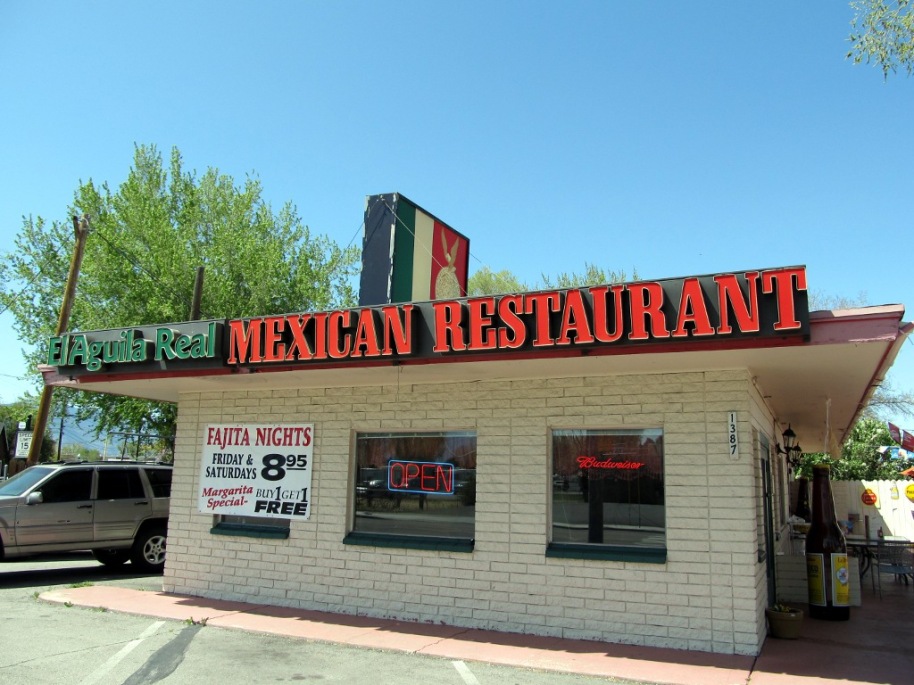 Looking across the road (sorry about the wires) you could see the majesty of the eastern slopes of the Sierra. 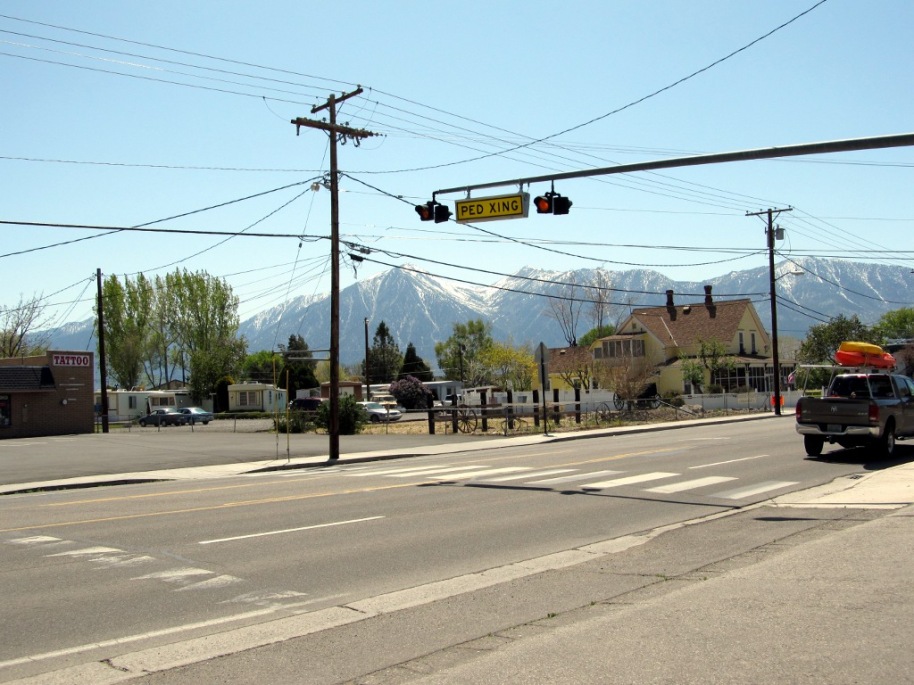 Eastern slopes of the Sierras from the lunch stop

and we ate outside, adjacent to the bikes on a beautiful afternoon in the sun.

I’ll be posting a video in a few days, stay tuned!